When we moved to Cluj, we started attending a local church, Casa Tamplarului.  As a church, it reminds us a lot of National Community Church in DC, which we attended before we moved here.  Of course, being the audio nerd that I am, I’ve joined the production team and now run front of house regularly.

As much as I like the church and the people there, I have one issue: the message is delivered in Romanian.  Actually, it’s not a problem with the church, but it’s really my problem as my Romanian isn’t quite as far along as I would like.  I’m learning, but I’m not there yet.

In talking with some of our friends there, the team has wanted to offer simultaneous translation of the service into English for a while.  They even started collecting some consumer-grade wireless headphones to try and use.  While we were able to make them function, they offer some limitations, so we started looking at alternatives.

What we’ve settled on as an initial trial is to use mobile phones and streaming audio as a delivery platform.  It offers a few key advantages:

For the initial pilot, we started with a completely local setup with the following components: 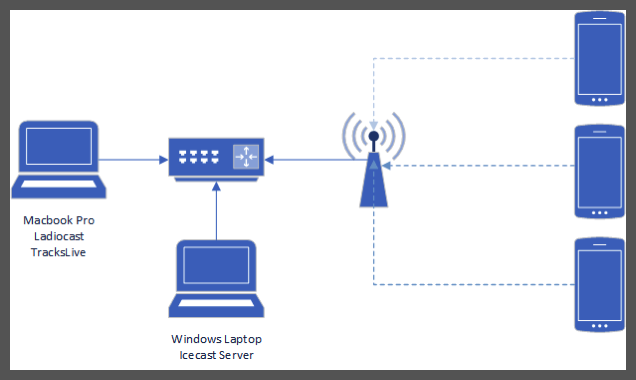 One key thing I did was to wire up everything that was static.  Both laptops were wired into a gigabit desktop switch in order to limit the amount of traffic on the wireless network.  We also did not connect the access point to the Internet, mostly because it was an initial test, however, as I’m thinking about it now, we may not want to connect it to the internet at all, again in order to limit saturating the wireless network.

In the end, with just me connecting, the technology did work.  There is a fairly long delay of about 10-15 seconds in the audio stream.  I think this is due to the client buffering the audio.  I will continue to look into how to reduce that latency, but for now it’s workable. 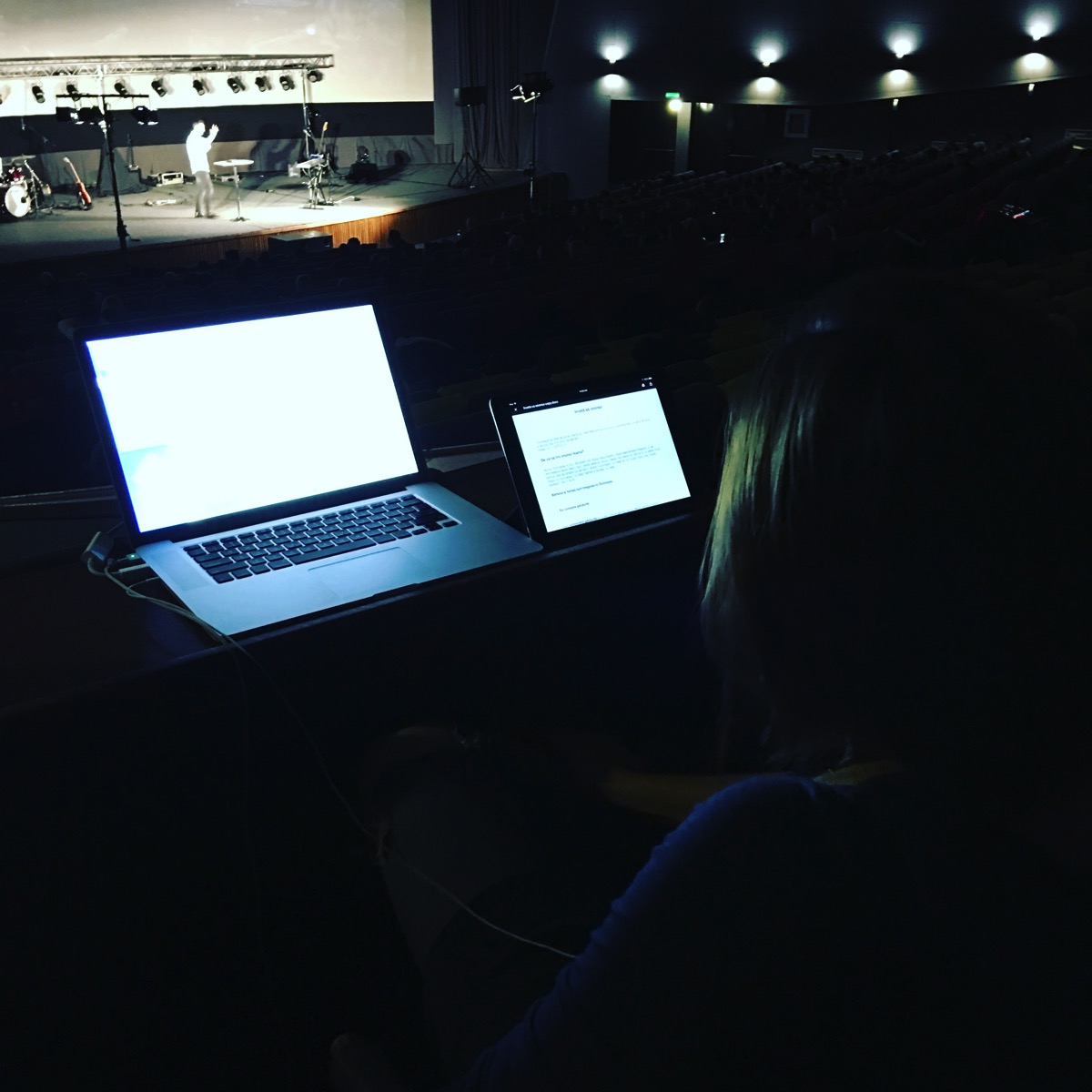 We plan on trying it again this weekend with a larger audience of clients and see how it goes.  We also need to gather together some additional upstream tech (microphones, mixers, etc) in order to complete the rig.

I also plan on updating things here as we get closer to a finished solution and start learning lessons of what to do and what not to do.